(This library is free and will stay free, but needs your support to sustain its development. There are lots of desirable new features and maintenance to do. If you work for a company using ImGui or have the means to do so, please consider financial support)

dear imgui (AKA ImGui), is a bloat-free graphical user interface library for C++. It outputs vertex buffers that you can render in your 3D-pipeline enabled application. It is fast, portable, renderer agnostic and self-contained (no external dependencies). 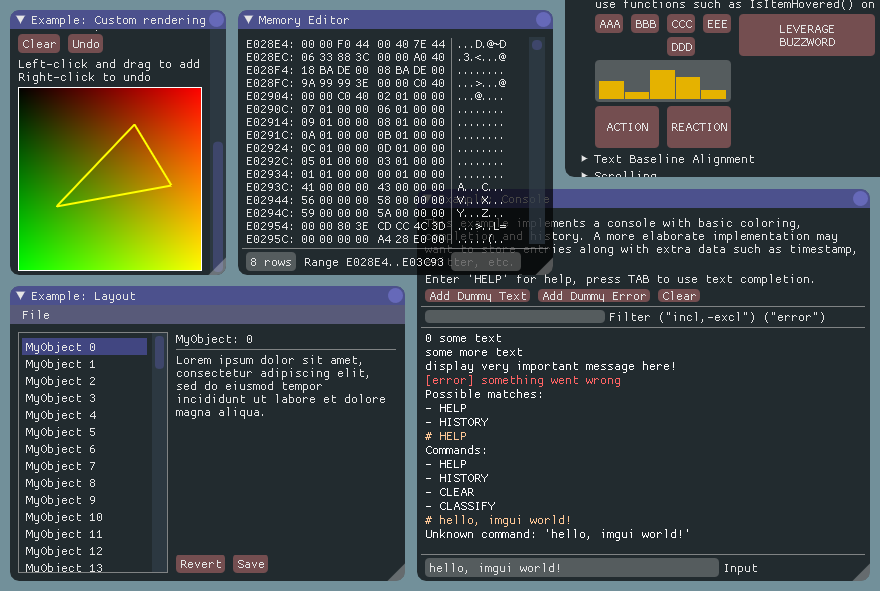 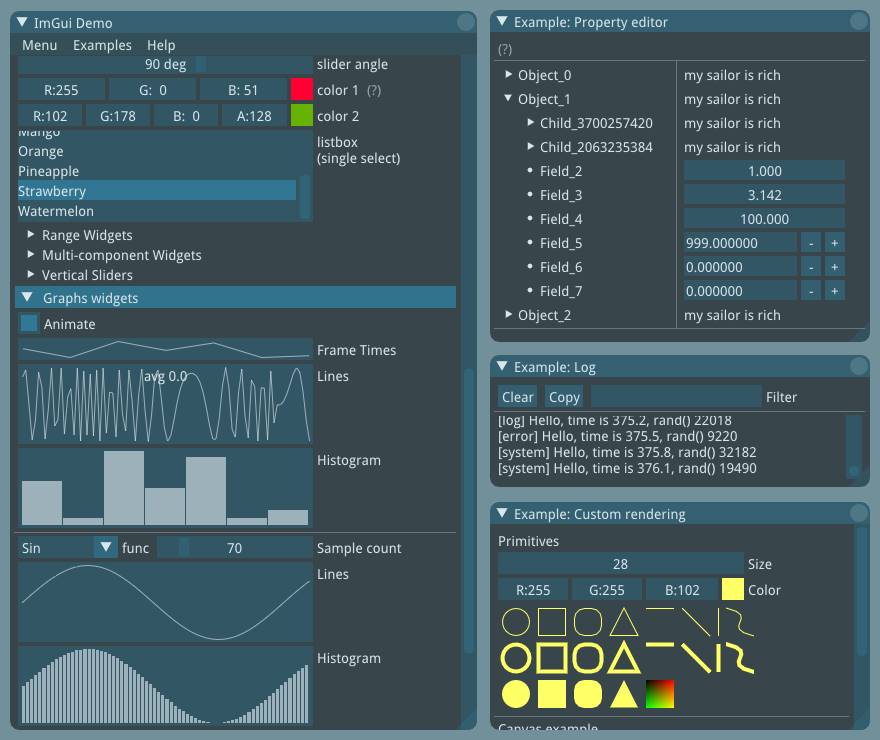 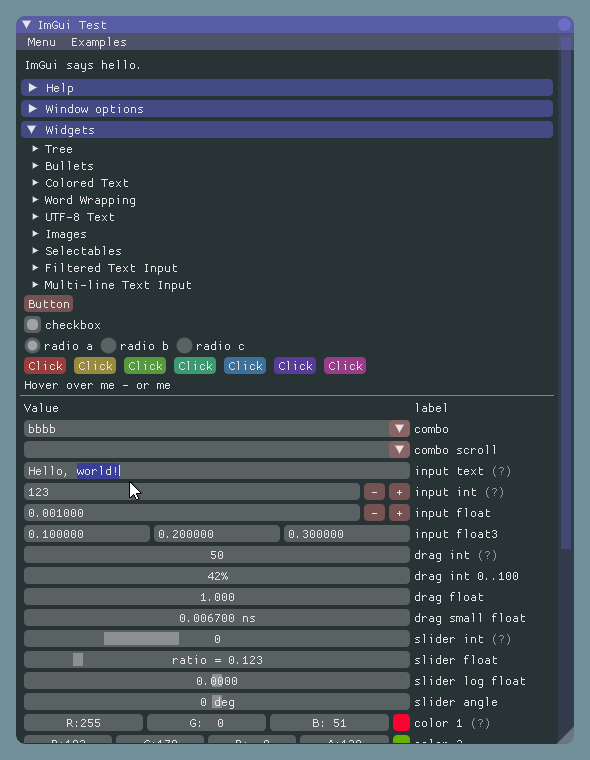 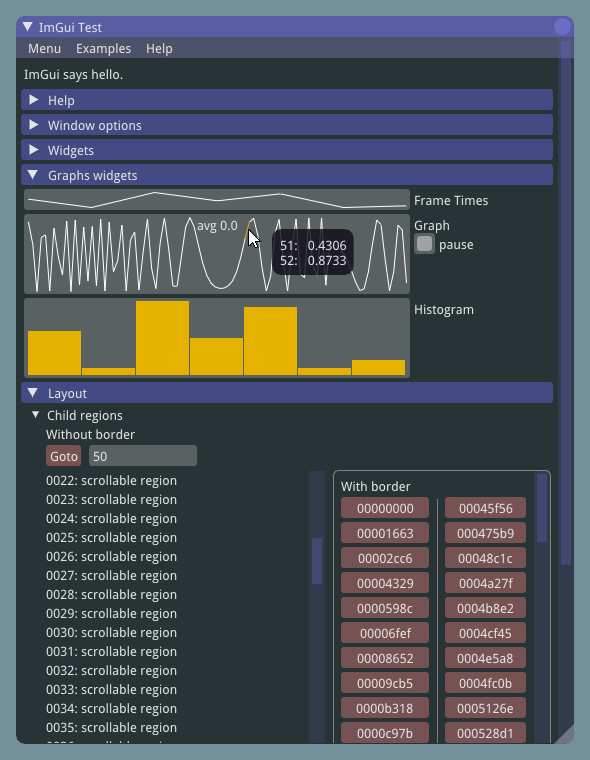 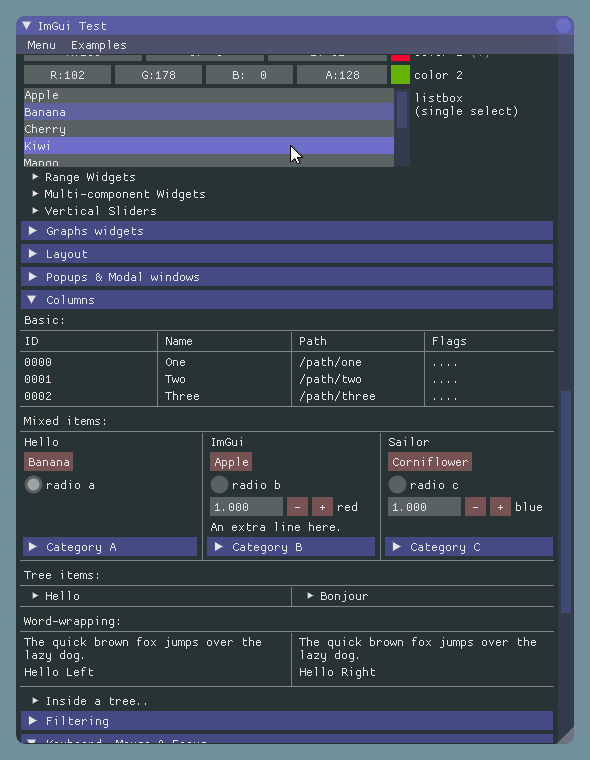 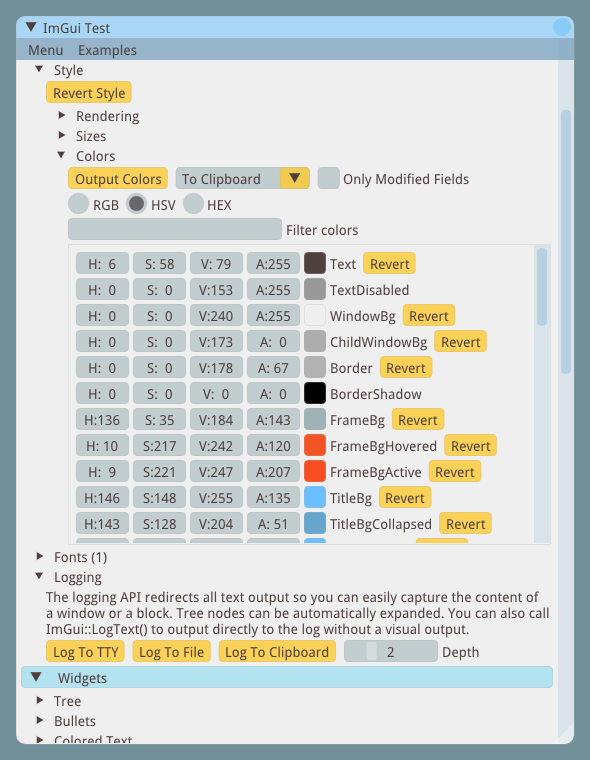 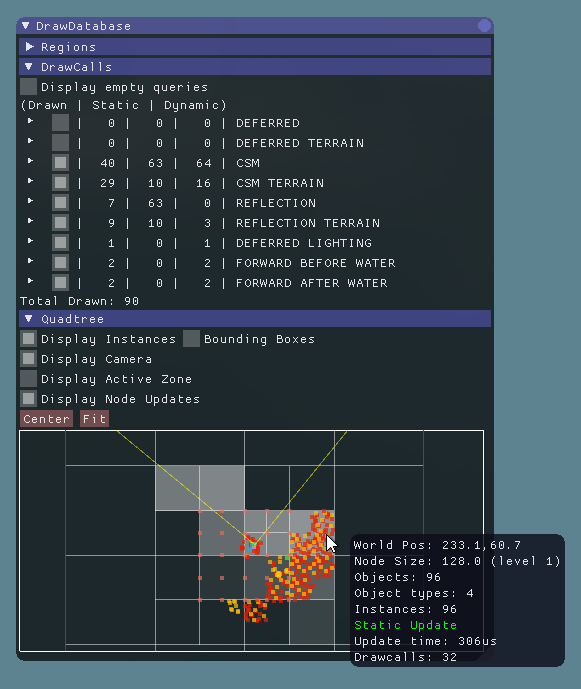 How do I update to a newer version of ImGui?
Can I have multiple widgets with the same label? Can I have widget without a label? (Yes)
I integrated ImGui in my engine and the text or lines are blurry..
I integrated ImGui in my engine and some elements are disappearing when I move windows around..
How can I load a different font than the default?
How can I load multiple fonts?
How can I display and input non-latin characters such as Chinese, Japanese, Korean, Cyrillic?

Probably fast enough for most uses. Down to the fundation of its visual design, ImGui is engineered to be fairly performant both in term of CPU and GPU usage. Running elaborate code and creating elaborate UI will of course have a cost but ImGui aims to minimize it. 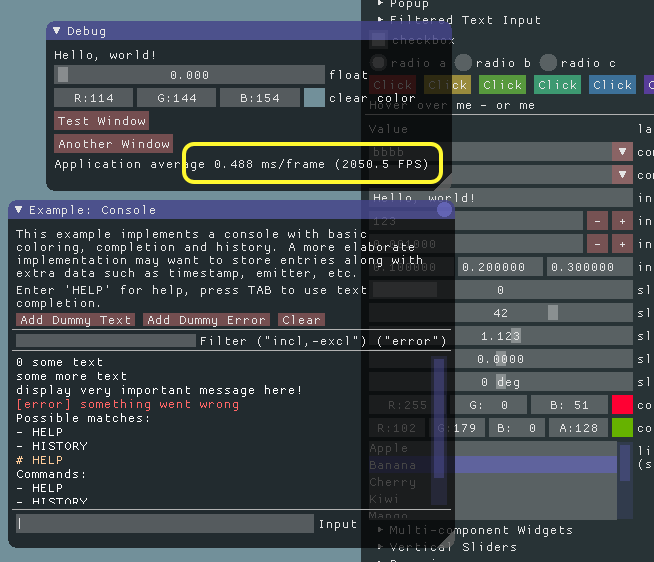 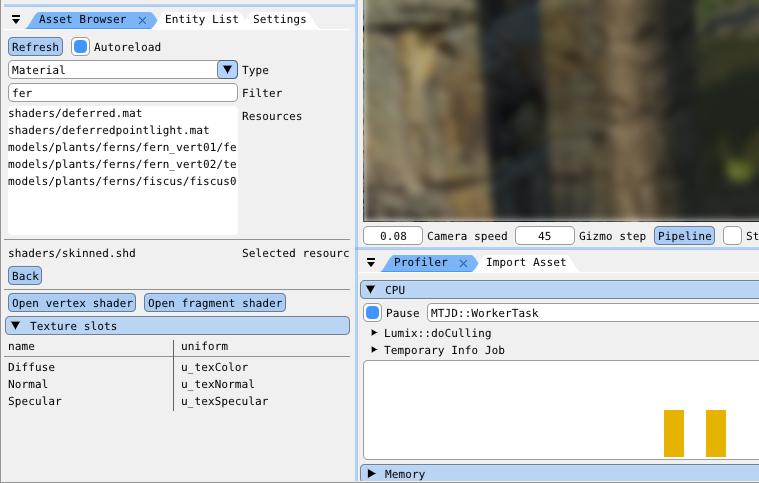 I'm currently an independent developer and your contributions are useful. I have setup an ImGui Patreon page if you want to donate and enable me to spend more time improving the library. If your company uses ImGui please consider making a contribution. One-off donations are also greatly appreciated. I am available for hire to work on or with ImGui. Thanks!